Hi, How Can We Help You?

After the courts set the bail amount In Winchester, VA , the defendant has an opportunity to then

pay the amount and be free until and during their trial. However, bail is sometimes set so high that it becomes impossible for that person to pay so they enlist a bail bondsman to arrange to have their Frederick County bail paid. A bail bondsman in Winchester, VA will make arrangements to pay the full amount of the bail but only after coming to an agreement with the defendant that includes collateral, such as cash, jewelry, property or other assets. Of course, there is a non-refundable fee the defendant must pay the bail bondsman—usually between 10% and 15%. After Hours Bail Bonds Hagerstown MD is a trusted, respected bail bond agent. Contact us to get the help you need to bail your friend out of jail.

When someone is accused of committing a crime, what usually follows is an arrest and booking in a Frederick County Detention Center(Northwest Regional). The criminal defendant is expected to make a statement, be fingerprinted, and have a mug shot taken. Then while they await their trial they become guests of the state in detention center. For most, sitting in a jail waiting for trial to commence might be a financial or other type of hardship. For those who have not been arrested for a dangerous crime they may be afforded the opportunity to pay bail to avoid jail while they await trial. 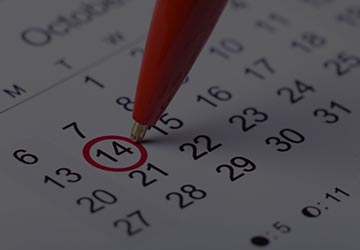 Scheduled check-in
All Check-In's are updated within 24 Hours.
Check-In

I would recommend anyone I know to use After Hours Bail Bonds. I was out very quickly and owner and employees are all around good people. Quickest service I have seen ever.  Call them to get your loved ones out today!
Pat Cave Client

Great service! The bondsman I met with was very knowledgable and helped us through getting my son out of jail when we had no clue on what to do! He said they are open 24 hours and was the only person who answered the phone when we tried calling other companies. Highly Recommended!!!"

The best in the area! Steve Thompson is awesome! They are ready to be helpful & polite. He is more than reasonable & understanding. The place I prefer to call in a bind. Thanks After Hours Bail Bonds!
Brandy F. client